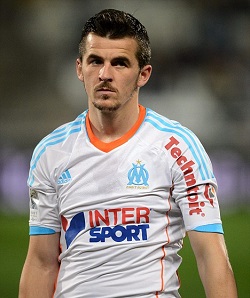 Published on May 24th, 2013 | by Sportingly Better Tipster

Selections from La Liga and Ligue 1 make up the best bets for this weekend’s football accumulator tips, returning odds of 3.53 on the treble.

The Basque club have begun to recapture their dominance at San Mames over the last few months, but Marcelo Bielsa will have to decide whether to include striker Fernando Llorente and defender Fernando Amorebieta, after both players announced they will be leaving the club.

Opponents Levante have failed to win any of their last 10 away matches in La Liga and although the Granotes have long since secured their top flight status in the league, a run of seven games without a win will be concerning for manager Juan Ignacio Martinez.

Only Real Madrid have managed to beat Athletic Bilbao in any of their last five games at home in the league and the in-form hosts should secure their third win on the bounce against an out-of-form Levante side on Sunday.

Real Madrid’s below-par performances in La Liga continued last time out, after another lacklustre display during los Merengues’ 1-1 draw with Espanyol at the Estadi Cornella-El Prat.

Jose Mourinho’s side still remain tough to beat domestically, with the league runners up undefeated in each of their last 14 matches in La Liga.

Real Madrid have won their last eight matches against Real Sociedad in all competitions. Back Real Madrid to win at 2.60.

Hosts Real Sociedad are pushing for a top four finish in La Liga this season and the Txuri-Urdin go into Sunday’s match in incredible form having lost just one of their last 18 games in La Liga.

The Basque side have however conceded two or more goals in four of their last five games at Anoeta, so the suspension of top-scorer Carlos Vela will lessen Real Sociedad’s ability to outscore their opponents this weekend.

After enduring a disappointing season, Real Madrid will be keen to quickly get over their 2-1 loss to Atletico Madrid in the Copa del Rey final, by avoiding defeat in the league for the 15th match in a row.

Saint Etienne’s 2-0 victory at the Stade Geoffroy-Guichard last weekend was Marseille’s first defeat in the league in 11 games and l’OM will be keen to end the season with victory against Reims at the Stade Velodrome on Sunday.

Marseille have won six of their last seven matches at home in Ligue 1, but the Champions League qualifiers will need to address their shortcomings in attack if they are going to be successful next term.

Visitors Reims have lost 11 times on the road this season, but it is their form at the Stade Auguste Delaune that has secured their Ligue 1 status for next season.

Hosts Marseille secured a 1-0 win against Reims on the opening day of the season and l’OM should secure another narrow win at the Stade Velodrome this weekend.