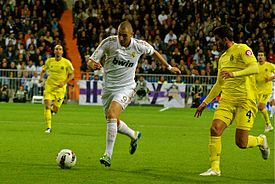 Three from three was the return in our winning international accumulator bet on Tuesday, delivering a healthy profit of 4.20 on the accumulator betting slip.

Selections from the Championship, Football League and La Liga make up the bets for this weekend’s football accumulator tips coupon on Sportingly Better, returning odds of 4.80.

QPR are looking for a fourth straight victory in the Championship, following a 1-0 victory away at Elland Road.

QPR have been winning at half time and full time in their last three matches in the Championship. Back QPR HT/QPR FT at 4.40.

Visitors Birmingham have only beaten Yeovil in the Championship this season and the Midlands club are staring at a fourth defeat in six games, to spell their worst start to a league season in 25 years.

Hosts QPR have yet to concede a goal in over five hours of Championship football and Harry Redknapp’s heavily strengthened side look to have too much quality for Birmingham City on Saturday.

Leyton Orient’s 2-1 win away at Colchester two weeks ago left Russell Slade’s side as the only team in the Football League to possess a 100% record, resulting in the O’s best ever start to a league season.

The League One leaders have a fully fit squad going into the weekend, having won all five of their matches in the league this season.

Visitors Port Vale have won their last two matches in all competitions with talisman Tom Pope seeming to have rediscovered his goalscoring touch, but the Vale go into the match having conceded in all but one of their six games in League One.

Leyton Orient will be fully refreshed having seen last weekend’s game with Notts County postponed due to international commitments and the O’s should continue to preserve their 100% record in this division, with a win at home on Saturday.

Three wins from three games has been Villarreal’s return after securing promotion back to La Liga, but Marcelino’s side face an ominous task this weekend.

The hosts have been impressive in their range of free-flowing attacking football under their new manager, with the trio of Cani, Bruno and Aquino catching the eye at the base of el Submarino Amarillo’s midfield.

Visitors Real Madrid have scored at least two goals in 16 of their last 19 matches in La Liga and the arrival of the world’s most expensive player will only add further to the firepower at Carlo Ancelotti’s disposal.

Los Merengues have won all three of their La Liga matches this season and despite the absentees at left back, the visitors should secure all three points at El Madrigal on Saturday.