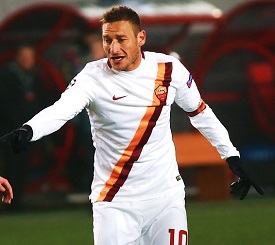 We had a winning accumulator treble a fortnight ago with Walsall, Vitesse and Inter Milan all winning their respective games before the international break, with our football accumulator tips feature moving into profit for the season.

This week our accumulator tips feature sides in Germany, Italy and Holland on Sportingly Better.

Wolfsburg didn’t suffer any problems with the departure of Kevin De Bruyne to Manchester City a fortnight ago as they brushed aside Schalke 3-0 a few days before their Belgian playmaker made his return to the Premier League. They spent some of the money raised from the sale on Schalke’s own Julian Draxler and he is likely to make his debut against Ingolstadt from the substitute’s bench.

Ingolstadt have collected six points from their opening three games after promotion last year to the Bundesliga. A heavy opening day defeat to Dortmund hasn’t demoralised them as much as originally thought, as they’ve bounced back with victories over Augsburg and Greuther Furth respectively.

These two sides have met just once back in 2013 where Wolfsburg scraped through with an 89th minute winner in the DFB Pokal but they’ve progressed a lot since their last meeting and the visitors will be eager to build on their impressive unbeaten start this campaign.

Frosinone haven’t carried their promotion winning form into the Serie A after consecutive defeats to Torino and Atalanta. Roma meanwhile held on to an emphatic 2-1 victory against reigning champions Juventus and despite a late scare, got a massive scalp against their rivals.

Rudi Garcia has spent wisely at Roma this summer with the acquisitions of Lucas Digne from PSG, Mohammed Salah from Chelsea and Edin Dzeko from Manchester City. The latter effectively scored the winning goal against Juventus and the Bosnian international could well finish the season with the Serie A golden boot.

Dzeko will be eyeing up further goals against newcomers Frosinone, who haven’t scored since the seventh minute of their opening game against Torino.

Ajax couldn’t have hoped for a better start domestically after taking 12 points from a possible 12, but Ronald de Boer is still under pressure after their dismal display in Europe. They lost out to Rapid Vienna in the Champions League play-offs, before crawling over the line against Jablonec in the Europa League with a 1-0 aggregate score.

Ajax have yet to concede a goal domestically however and travel to FC Twente who have had their own problems this term, losing three games on the spin; with Den Haag, Zwolle and Heracles having all taken maximum points.

The visitors are in good form in the Eredivisie and will be confident of making it five wins on the bounce against an out-of-sorts FC Twente side.