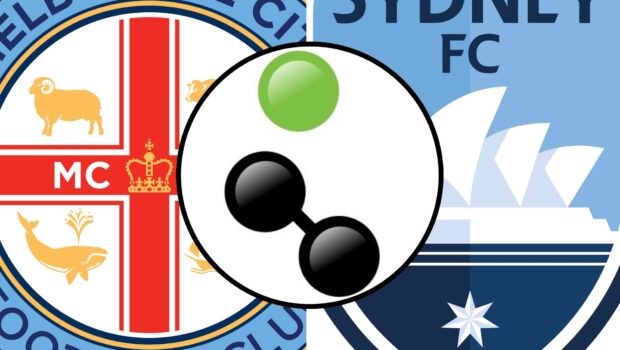 The biggest game in Australian football is here and Sportingly Better provides the best betting angles for Saturday’s grand final.

The stage is set for a grand final rematch between Melbourne City and Sydney FC. The league’s top two sides both navigated their semi-final fixtures to book their ticket to the showpiece event in what will be a fitting end to a stellar season.

Sydney got the better of Melbourne in last season’s decider, played behind closed doors after the season resumed following a break due to the Covid-19 pandemic. And ten months later, uncertainty still hangs over the biggest game on the calendar, thanks to the ongoing Covid restrictions in the Melbourne metropolitan area.

The league is still hopeful of playing the grand final in Melbourne with City supporters present, but at the time of writing that has yet to be confirmed. City’s semi-final was moved to New South Wales last weekend, and we cannot rule out that possibility occurring again.

Adding further intrigue to the decider is the fact both teams will be without key players again with their Socceroos players stuck in quarantine after international duties. It had little impact on the semi-finals but it could yet prove a storyline in the biggest game.

Road to the Final

Melbourne’s road to a second straight grand final appearance comes via topping the table to win the minor premiership, the first trophy in the clubs history. However, it was not without ups and downs, as City started the season with just two wins from six. A run of 12 wins from their next 15 games, including a six and a four game winning streak, saw them cement their place atop the table. Despite winning just once from their final five fixtures, City had done enough to hold on and secure a home semi-final.

For Sydney it was another steady season as they climbed their way to second spot, ultimately finishing just two points shy of title rivals City. While always looking likely to return to the playoffs, it wasn’t until after the halfway mark of the season that Sydney cemented themselves in the top four. The return of star striker Adam LeFondre towards the end of the season saw the Sky Blues catapult into the top two on the back of a five game winning streak.

We correctly picked a grand final rematch in our ante post preview of the A-League finals series. But there’s still plenty to cover from this game itself.

Grand finals tend to be tight affairs and that sets up the approach to this one. Since the inaugural A-League season, six of 15 grand final games have gone past 90 minutes. It took until the fifth grand final for extra time to feature, meaning if we exclude the first four years, we see a strike rate of 55% going past the full 90 minutes.

Interestingly, Sydney have featured in four of those six extra time finals. A quite remarkable stat considering they’ve made six grand finals in total, meaning we see a 67% strike rate when Sydney are involved. All three of their recent title wins from the past four seasons have gone to extra time, including last year against City.

Quotes for the game to be decided in extra time or after penalties sit at 5/1 and 6/1 respectively but the draw after 90 minutes at 13/5 odds will be our angle in here.

Following the cagey theme, it’s no surprise to see the last four grand finals have gone under 2.5 goals. All time, that number stands at ten from 15. The goal line opened generously at 3.0 but has quickly dropped to 2.75. Odds against are offered to back under 2.5 goals, but with both teams still capable of opening the game up, we’ll take the extra insurance opposing the current goal line.