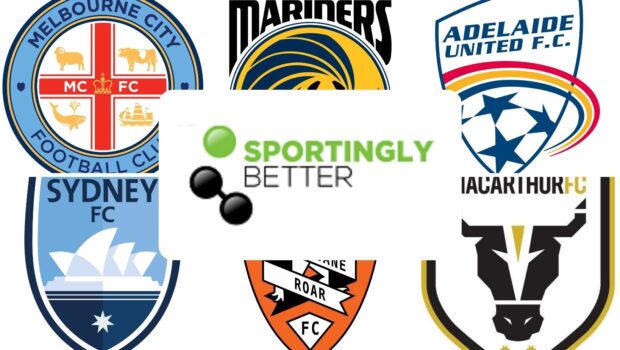 The A-League playoffs have arrived and Sportingly Better looks at which teams have the best chance of lifting the trophy on Grand Final night.

The highest ranked winner from the elimination finals will advance to play Sydney, while the other winner will face minor premiers Melbourne City. The finals wrap up Sunday 27th June with the Grand Final.

Not surprisingly we find City as outright favourites to win the Grand Final. The competition’s most dominant team all season will be looking to go one better this time around, after losing to Sydney in the showpiece game last year.

However, it won’t necessarily be a stroll in the park for City. Their end of season has been highly disrupted with the ongoing Covid lockdown in Melbourne and key players away on international duty with the Socceroos. In fact, at the time of writing City still don’t know when their final regular season game against Newcastle will be played. A-League officials hope to have a date confirmed soon, but this is dependent on the ongoing Covid outbreak.

Nevertheless, City’s quality will be expected to shine through and with their Socceroos players expected to be back in time for the semi-final it’s hard to see them not going one better to cap of the 2021 season.

Despite Melbourne’s dominance, don’t count out defending champs Sydney too quickly. A strong end to the season sees them poised to return to the big game in what could be a Grand Final rematch.

The two time defending champion Sky Blues have the experience to make it a three-peat and have found top form at the right end of the season. The welcome back of Adam LeFondre to an attack already featuring Brazilian striker Bobo and Kiwi international Kosta Barbarouses, has further strengthened the defending champs squad.

With three titles in the past four seasons, Sydney can’t be counted out to make it four from five. Anything less than a Grand Final appearance must be considered a disappointment and the odds reflect that. A rematch of last season’s final looks likely, making Sydney a good play, although an each way bet must be considered.

While we’ve outlined that anything other than a Melbourne v Sydney final would be a surprise, one team capable of knocking off the top two is Brisbane. The Roar managed to pick up results against both Melbourne and Sydney during the season and will be confident they can do so again when it matters most.

They will also benefit from the experience of finals football last season, having fallen just short in a 0-1 elimination final loss to Western United. Boasting a squad with a good mix of veteran talent in Jamie Young and Jay O’Shea, and youth in Riku Danzaki and Dylan Wenzel-Halls, Brisbane could be worth a play at 8/1 odds.