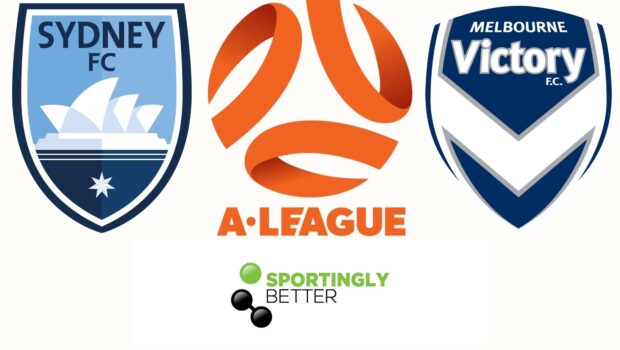 Defending champions Sydney look to be rounding into form after picking up their second straight win last weekend. The result extends the Sky Blues unbeaten run to three games (2W, 1D) and moves them into 5th on the table.

They face a Melbourne Victory side who are going nowhere fast after a third successive defeat and sixth in their last seven games. Victory have given up a staggering 13 goals over those three defeats.

Melbourne can take some solace in the fact they’ve scored six goals in their past four matches, only failing to find the back of the net in the Melbourne derby. Meanwhile, Sydney have scored in three straight games. With the champs finding form, and the visitors ability to score despite their poor results, we can see value in backing both teams to score in this one.

Looking to the Asian Handicap markets, we find Sydney at minus one goal. They have enough firepower to cover the handicap and we don’t expect Melbourne to keep pace. The goal line sits at 2.75 and not surprisingly given the sheer amount of goals we’ve seen across the league this season. We think there is value in the overs here.

In summary, look for plenty more goals and Sydney to be too strong for the league’s bottom placed side.