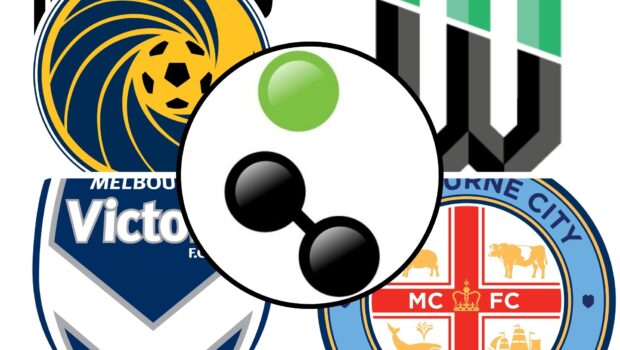 The final matchweek in the A-League wraps up before the playoffs and Sportingly Better looks at betting angles from two of the weekend’s fixtures.

The Mariners have been the surprise of the season and could already have a home elimination final secured before kickoff, depending on the result of Friday’s game between Macarthur and Wellington.

They will however be kicking themselves having dropped a 0-2 result to bottom placed Newcastle last time out, so a strong performance is required to maintain confidence ahead of the finals.

The chance to finish the season against a Western United side in terrible form will be well received. Mark Rudan’s side have plummeted from finals contention to the bottom third of the table during a seven game losing run.

United look to have all but packed up their kit bags, suffering a 0-5 defeat and an embarrasing 1-6 result to lowly Melbourne Victory during their skid. And we don’t expect things to get any better for them on Saturday.

Central Coast are understandably short at 3/5 to win, but when combining the double chance with a goals approach using Bet365’s bet builder function, we can boost odds to 4/5. And the goals approach here is under 4.

The Mariners are unlikely to bag goals, having not scored more than two in a match since early February. Their last six games have seen less than four total goals also. Meanwhile, for a Western team with nothing to play for, scoring more than once looks to be a big ask. Indeed United have not scored more than one goal in their past eight games, losing to nil on four occasions.

The third Melbourne derby of the season is set to be played behind closed doors thanks to the extension of Melbourne’s lockdown amid another Covid outbreak.

Having already wrapped up the minor premiership, City immediately looked to rest players ahead of the finals and came up short in a 0-3 defeat to Brisbane last time out. They then saw their next fixture postponed due to the lockdown in Melbourne.

For Victory, they come into their final game of the season on the back of a 6-1 thumping of Western United. The result surprised many, with caretaker manager Steve Kean’s side up 4-0 after just 36 minutes.

It was a welcome result for Victory after a poor season, which could still see them finish with the wooden spoon should they lose on Sunday and Newcastle get two points from their final two games.

And despite a disjointed run into the finals, City won’t lack any confidence in sticking it to their crosstown rivals, especially after a combined 13-0 aggregate scoreline from the first two derbies.

The lack of a crowd to spur the players on will certainly impact the atmosphere, but we still expect to see goals and taking on the over 3.0 goal line offers plenty of appeal. Including the two previously mentioned fixtures, the last four head-to-head’s have seen three or more goals scored.

Expanding further, City have seen four or more goals in five of their past seven games, with one also seeing three (enough for a refund when backing or opposing the 3.0 goal line). Meanwhile, Victory’s past ten games would’ve paid out on four occasions, with a further two providing a refund.