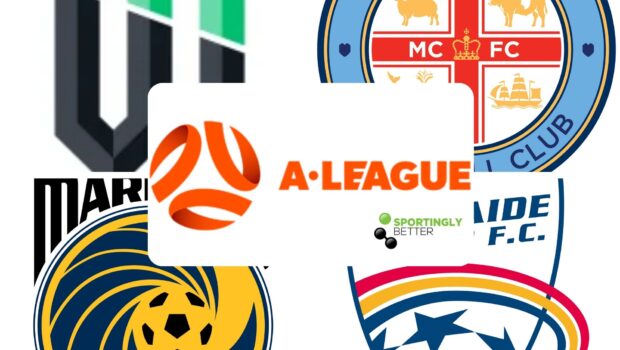 The A-League continues over Easter weekend with nine games scheduled. Although, with the city of Brisbane entering into a snap Covid lockdown, Saturday’s game between the Roar and the Wanderers looks in doubt.

We look at the first half of matchweek 15 games and pick out tips from the Thursday fixtures, featuring the competitions two hottest teams – Melbourne City and Adelaide United.

Another derby game as the two Melbourne based sides square off in the first fixture of the round.

City are the hottest team in the competition having put together six straight wins. They bounced back from conceding an early goal last time out to win comfortably in the end. They now sit just two points off top spot with two games in hand. A win here would temporarily see them go top.

Western on the other hand have been patchy at best. Each time they pick up a result, they’ve struggled to follow it up. This has not been helped by the stop start nature of their season, including last weekend’s postponed game. Having played fewer games than the rest of the league, United still have time to string results together and climb the table.

However, it will be a tough task for Western to get a result against this Melbourne team. City are brimming with confidence and during their winning run have scored a whopping 20 goals, while conceding just three (two of those in one game!).

City have scored in the first half in each of their last six and look a good shout to continue that streak. Odds have come down slightly after opening at 1.61 earlier in the week.

The goal line is intriguing. The A-League has thrown up it’s fair share of goal fests this season and most games now open at the 2.75 mark as a result. That’s not surprising given the overall goals per game sits at 2.97 across the league entering the weekend.

While both teams are certainly capable of finding the back of the net, there is a case to be made for the unders in this one.

The 3.0 line has hit only a third of the time this season for each team when looking at home and away form. That’s two of six home games for Western and two of six away games for Melbourne. Granted it is a small sample size with each team having only played six home and six away games respectively, but a bet on the unders offers a good chance to double your stake.

Another intriguing matchup here with the first and second placed teams squaring off at Central Coast Stadium.

The Mariners have seen their lead at the top errorded to just one point thanks to the form of Adelaide and Melbourne City. The Reds also find themselves on a six game winning run and will be looking to take top spot outright with a win.

It is interesting then that Adelaide opened as slight underdogs and have remained there throughout the week so far. Central Coast did little to support their advantage with a 1-1 draw last time out to bottom placed Melbourne Victory.

We can’t quite have enough confidence in opposing the Mariners in this one. They have been top for most of the season for a reason and a bounce back performance would not be a surprise. We could see how confidence in Adelaide would make for good value in backing them at a +0.5 handicap (odds @ 1.675), but we can’t quite pull the trigger.

An Argument for Goals

Instead, we’re looking at goals where we’ve seen a total of 23 scored during Adelaide’s unbeaten run.

The over 2.5 market has not moved all week, while the goal line opened at 2.75 before moving to 3.0. The risk here is we could see a cagey game between two teams vying for top spot.

However, recent form gives us enough confidence in backing goals in this fixture. The over 2.5 has landed in 55% of both teams’ combined games so far this season. Furthermore, it has landed in Adelaide’s last six away games and four of the Mariners last six home games. Expanding out further we find the over 2.5 landing in six of the last 10 for Central Coast and eight of the last 10 for Adelaide.

Digging deeper we can see value in backing Adelaide to score in the half markets. The Reds have scored in the first half in seven (54%) and in the second half in nine (69%) of their 13 games this season. Central Coast offer more resistance in the second frame than the first, conceding 43% of the time compared to 50% respectively. Perhaps the bookies are factoring that in when pricing Adelaide to score in the halves.