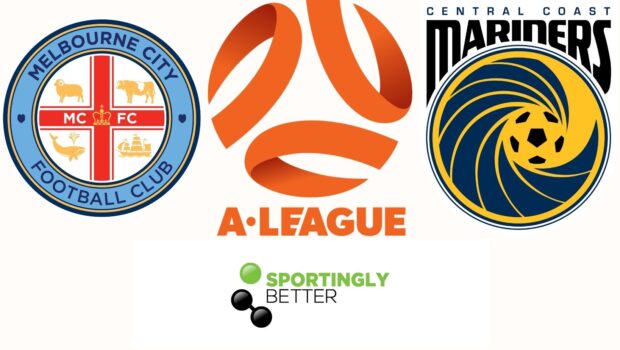 Sportingly Better previews our second fixture from this coming weekend’s action in Australia. We take a look at A-League betting odds for the competition’s hottest team as they welcome the league leaders to Melbourne.

City look to have hit top gear having won four straight games and keeping three clean sheets in a row. They have one or two games in hand on every other top six team, but they won’t be looking to ease up.

The Mariners dropped points at home last weekend in fighting back for a 2-2 draw with Perth. The draw was their first of the season but the point pushed their lead at the top of the table to six points.

It’s perhaps surprising then that the bookies see Central Coast as such big underdogs. They won the reverse fixture at the start of February so are more than capable. City’s rich run of form looks to be weighing heavily on the odds in this one.

On the Asian Handicap, we see the Mariners given a 0.75 goal advantage. That line has not moved, although there is still time with this game closing out the round on Monday night. Quite an advantage for a team that sits top of the table. That just shows how unpredictable the A-League has been this season. It’s far from a certainty but we can have enough confidence in the Mariners to get something from the game.

The goal line sits at 2.75 and the overs is being offered at good value. Especially considering both teams have seen that line land over in four of their past six fixtures. We saw five goals in the previously mentioned reverse fixture and we have no problems backing the overs again.

Both teams to score is a little more intriguing. The odds lean towards yes, although it has only landed in two of City’s past six games. For the Mariners we find BTTS has resulted in four of their last six. Despite the contrast, we’re expecting goals and can have enough confidence in both teams finding the back of the net.