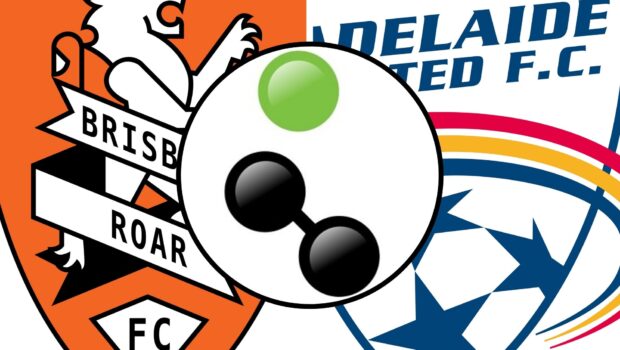 The second elimination final from the A-League playoffs takes place Sunday and Sportingly Better looks ahead to find betting angles.

The Roar will look to go one better this year after falling at the elimination final stage last season.

As highlighted in our finals ante post preview, Brisbane are well positioned to challenge for the title. But first they will need to navigate past an Adelaide side who are no pushovers.

The Reds missed out on hosting this fixture by just two points but that won’t dampen their confidence to advance to the semi-finals.

While goals are expected to be hard to come by, Adelaide conceded more than any other top six side. There’s no questioning their ability to score, but can they keep the ball out of their own net when it matters most.

It seems unlikely given Adelaide saw both sides score in 17 of their 26 fixtures (65%) on the season. For Brisbane that number is lower at 14 of 26 (54%). The most recent head-to-head saw a 1-0 scoreline with three of the past five meetings also failing to see both teams find the back of the net. That degree of unpredictability is perhaps factored into the bookies price, but odds of 1.61 still look backable. That number has already dropped as we get closer to kickoff.

Earlier in the season, we saw Brisbane run out 3-1 winners at home. If we look back further to previous meetings in elimination finals, we find a scoreline of 2-1 on both occasions. Brisbane took the spoils in 2013, while Adelaide returned the favour in 2015.

Overall, this looks a tough fixture to call and it would not be a surprise to see either team advance. The match extending past 90 minutes should not be ruled out either. Ultimately, we expect Brisbane’s quality to shine through and their ability to keep things tighter at the back should see them advance.