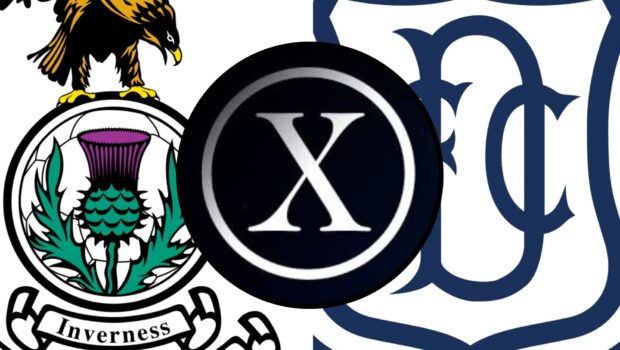 Mr X Bets returns to the Scottish Championship to preview a pivotal matchup in the playoff picture.

We head to the Caledonian Stadium for this Scottish Championship midweek match.

With only 3 games remaining including this one we find two teams desperate to reach the SPFL playoffs. Dundee currently well placed sit 3rd behind Raith Rovers. A win against Inverness will move them 2 points behind Raith and then these two clash on Saturday in a match that could be pivotal in that all important 2nd spot.

Inverness currently sit 5th in the league and 2 points behind Dunfermline in 4th. A win against Dundee will see them leapfrog Dunfermline and occupy the last playoff spot with 2 games to go. The incentive for both teams is massive and they both come into the game in good form, Dundee unbeaten in 5 league games winning 3 and Inverness unbeaten in 6 winning 4.

It could be argued a draw would be a decent result for Dundee but finishing in 2nd is a huge incentive which would mean two less play-off games. For Inverness it really is a must win, anything less and they will need to rely on others to secure that 4th spot in the remaining 2 games.

Interestingly the interim manager of Inverness is Neil McCann who formerly managed Dundee until being relieved of his duties there in 2018. So this should be a feisty, attacking, open affair. Both previous games between the two this season ended 2-1 and 2-2.

Dundee have only failed to score once in the last 9 away league games keeping 3 clean sheets along the way. Over 2.5 landed in 7 of these 9 games with BTTS occurring in 6.

Inverness on the other hand has seen less goals when playing at home. They have failed to score 3 times and had 3 clean sheets in the last 10 at home. However we have seen only 3 out of 10 going over 2.5 (including the 2-2 against Dundee) and 5 out of the 10 has seen BTTS.

But given everything at stake and the previous meeting between the two I am looking at goals.