Liverpool take on Porto on Wednesday night, hoping to return to England with a positive result.

Sportingly Better highlights why favouring goals is the best betting angle for the first leg of the UEFA Champions League knockout match.

Liverpool will be looking to take an advantage back to Anfield, with a trip to the Estadio do Dragao for the first leg of the UEFA Champions League last 16 clash on Wednesday.

Jurgen Klopp’s charges have yet to lose in their European campaign so far this season and the 7-0 demolition of Spartak Moscow underlines the clubs ruthlessness in front of goal, with the Reds having scored at least three goals in each of their last four games in the competition.

Liverpool will be without the suspended Emre Can, but England international Jordan Henderson is likely to deputise for the Merseyside club, in what could be Klopp’s only change from the side that won 2-0 last weekend at Southampton.

With the exception of PSG (25 goals), no side has scored more goals in the Champions League than Liverpool (23) this term and the Reds will fancy scoring at least one goal against a Porto side who have conceded six goals in their three group games at home this time around.

The over 2.5 goals mark has been breached in seven of Liverpool’s last eight Champions League games and the same mark has been cited at 101 Great Goals new betting tips too.

Porto have failed to progress past the quarter-finals since they lifted the trophy in 2004 and Sergio Conceicao’s remain firm outsiders to qualify from the two-legged affair at odds of 3.00.

The Dragoes however remain dangerous from set-pieces, with a total of eight goals scored from set-plays in the Champions League alone this term and the visitors will need to be weary of that approach on Wednesday night.

The last meeting between the two sides produced a 1-1 draw in 2007 and the likelihood is that both sides will find the net at least once this time around.

Recommended Football Tips
Back both teams to score @1.57
Back Roberto Firmino to score anytime @2.60 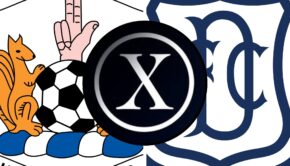