Scottish side Hibernian were surprisingly held to a draw by St.Mirren in the Scottish Championship which unfortunately denied us our winning accumulator last weekend.

Selections from La Liga, Ligue 1 and the English Championship make up the legs in this week’s football accumulator on Sportingly Better.

Celta Vigo head into Friday night’s game with Getafe erupting with confidence. A 4-1 demolition job of reigning La Liga champions Barcelona capped off a sensational performance. That win currently has them sitting in the final Champions League spot and their fans will be dreaming of clinching a place in Europe’s most prestigious competition if they can maintain their levels of performance.

Opponents Getafe have picked up all their points at home in the La Liga and have suffered defeats in all three of their games on the road this season, with defeats to Espanyol, Athletic Bilbao and Atletico Madrid.

They’ve also lost on four of their last five visits to Celta and the odds are firmly stacked against them for Friday’s match.

Who can stop Nice at the moment is anyone’s guess as they’ve been rampant of late.

They had five points from their opening five Ligue 1 games after slumping to a 1-0 defeat at home to Guingamp but 3-1, 6-1 and 4-1 victories have propelled them up to 7th position. The 6-1 and 4-1 victories came against Bordeaux and St.Etienne respectively who are two of the league’s stronger teams.

Nantes put an end to four defeats on the spin with victory at Lille on Tuesday night. The slender 1-0 win was just their fourth league goal of the season and face a side who know how to find the back of the net, as Nice have fired in 20 league goals so far which is the league’s highest.
Four out of the last five meetings between these two has ended in draws but Nice look well priced to continue their fine form of late.

Brentford are one of the few clubs to have already changed managers in the English Football League already and former Everton midfielder, Lee Carsley has taken over at Griffin Park for the remainder of the season but his first game in charge ended in a 2-0 defeat at home to Birmingham City.

Paul Clement hasn’t quite lived up to the high expectations at Derby so far, but the former Real Madrid assistant coach will be confident his side can get off to a good start in October this weekend. The Rams have taken 10 points from their last 12 possible and will be determined to extend their unbeaten run against Brentford. 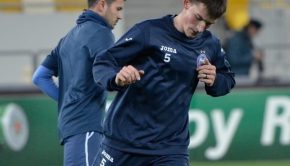